Stateline Point is the southern end of Stateline Wall, which runs along the west side of Crystal Bay. If you’re coming from the car via Speedboat Beach, it’s a bit of a schlepp, but you can absolutely make it around the point to the wall. If you’ve got a boat of some sort, look for Arrow Rock.

It’s important to note that you are in Nevada when diving the wall proper, in spite of starting in California if you came from Speedboat Beach. If you descend and surface in California, will anyone really know that you were diving in Nevada without a flag? Maybe. Maybe not. If you start at Arrow Rock, you’re entirely in Nevada. The law says you need one. 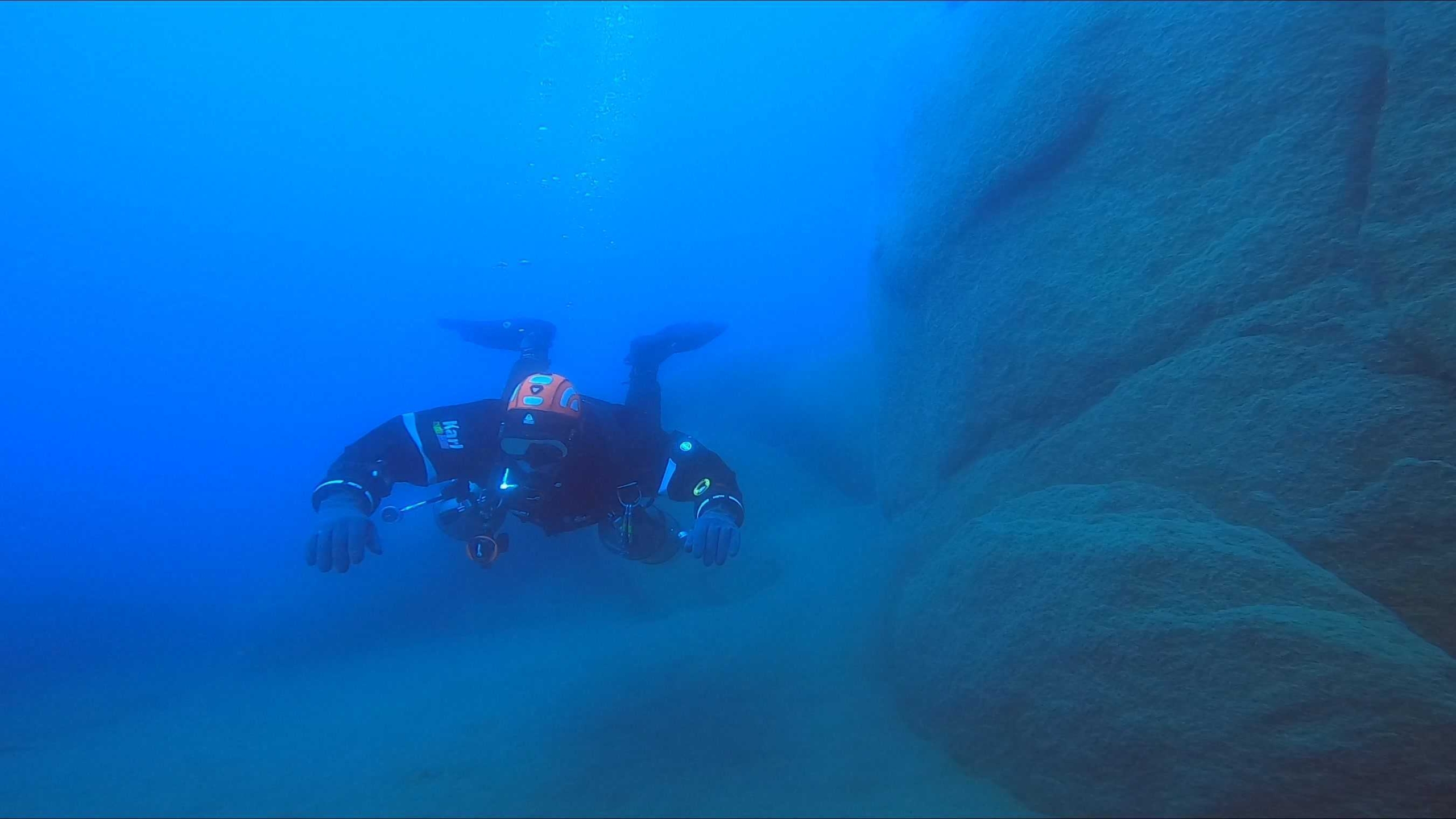 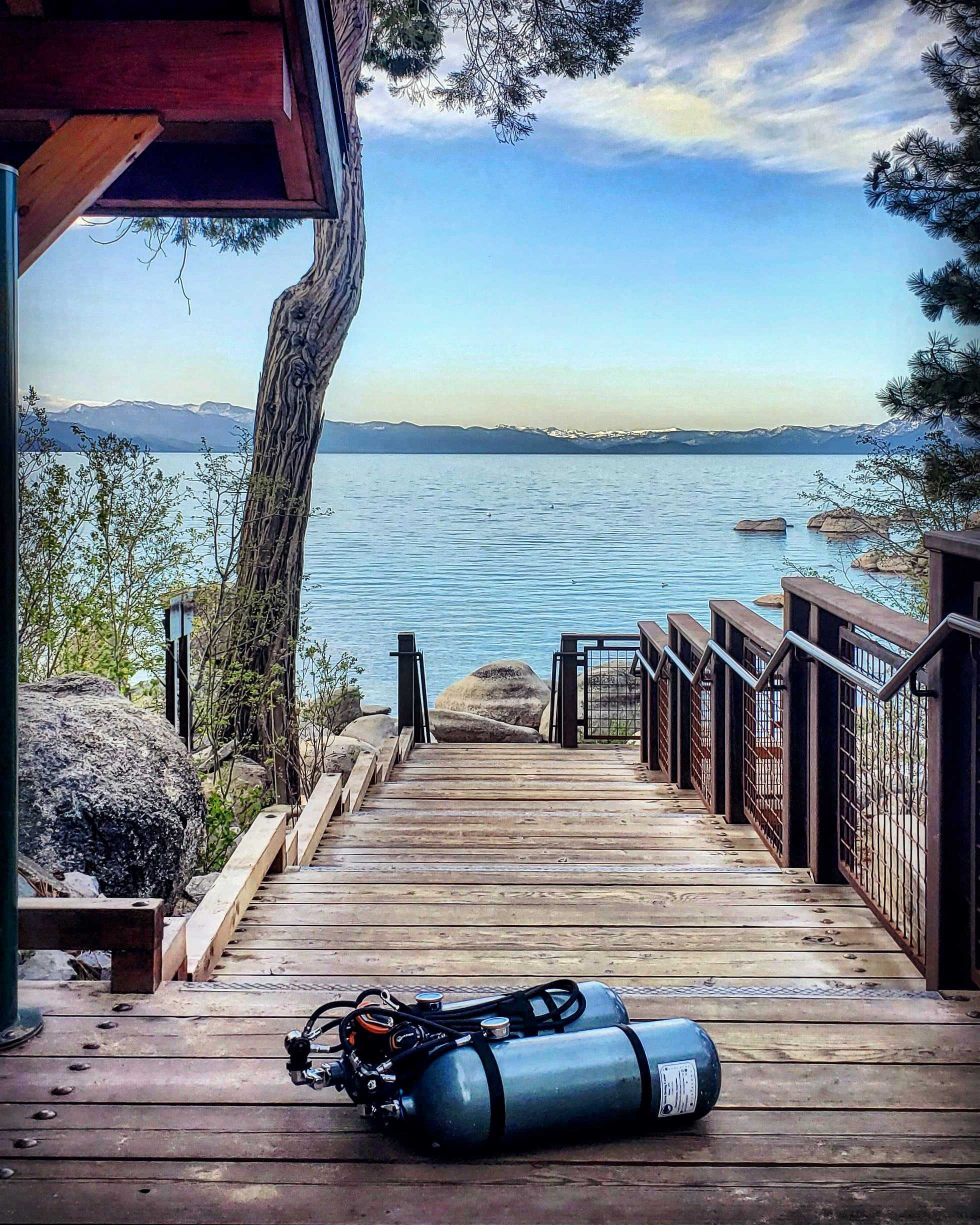 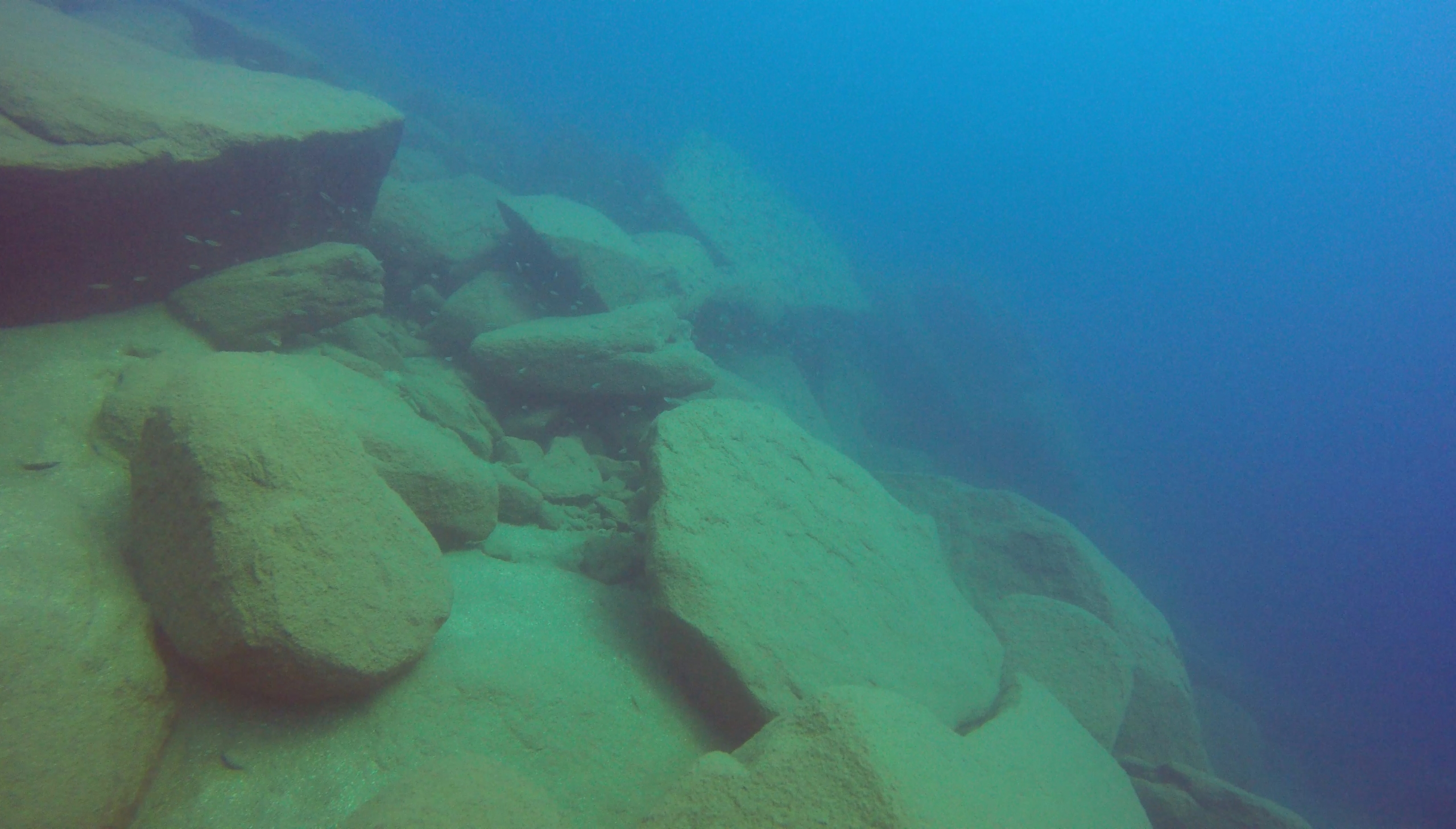 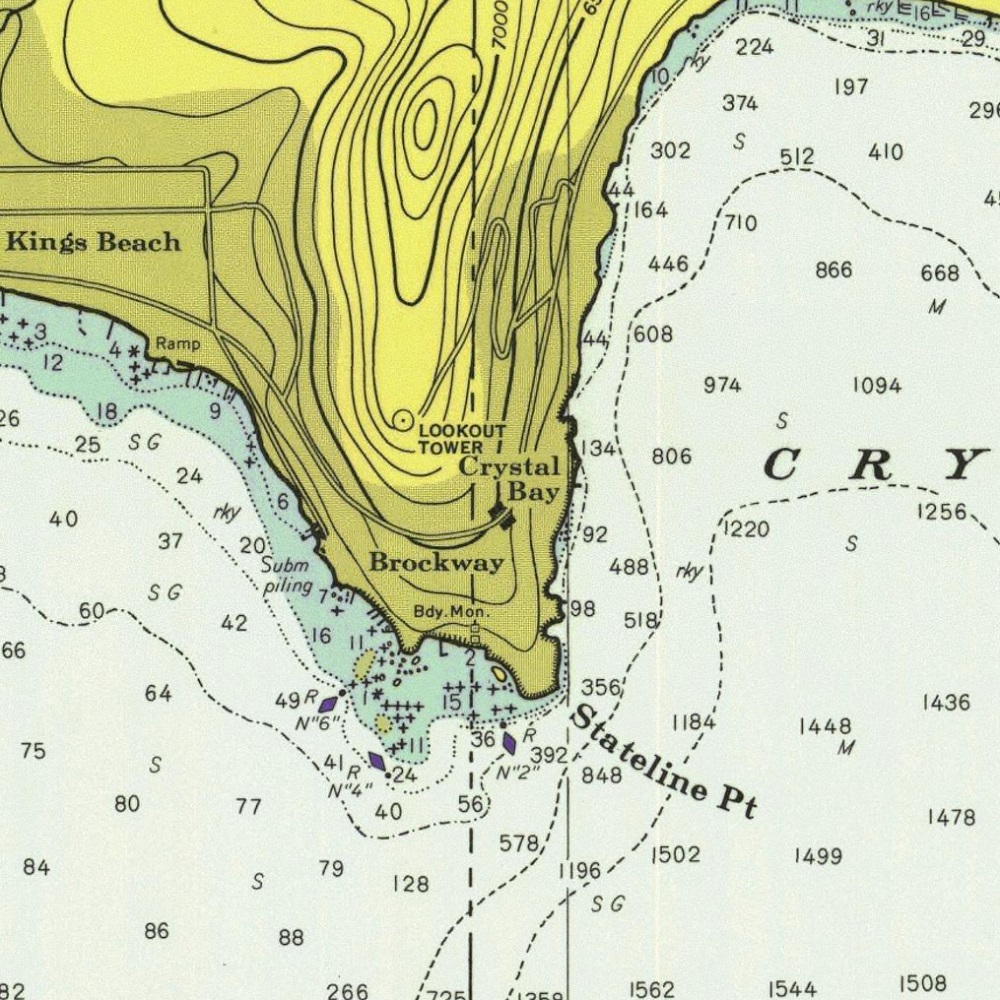