McKinney Bay is a little bit of a weird spot, as you’re parking on the side of the road and diving from a smoothed-rock strip of shore close to the McKinney Shores HOA Beach. There are some signs discouraging you from going down onto this patch of shore, but with the public shore easement, I don’t think there’s anything they can really do about you diving here. I’ve only done it off season when the boats are gone, as it’s a major boat parking area, too.

What’s really cool about this spot is that 50,000 years ago it was home a giant landslide that caused a tsunami to slosh around the lake, wiping out most everything close to shore and even splashing into Fallen Leaf Lake.

You won’t get to see any crazy scars or rock walls from the slide, though. McKinney Bay gets deep quickly, but it’s just a sandy slope. Right at the edge of the shelf, where it starts to drop off, is the largest pile of trash I’ve ever seen at the lake. It’s a mix of trees and sticks that have been collecting detritus from the boats above for decades. It does create a little bit of an artificial reef, so there are occasionally schools of fish here. 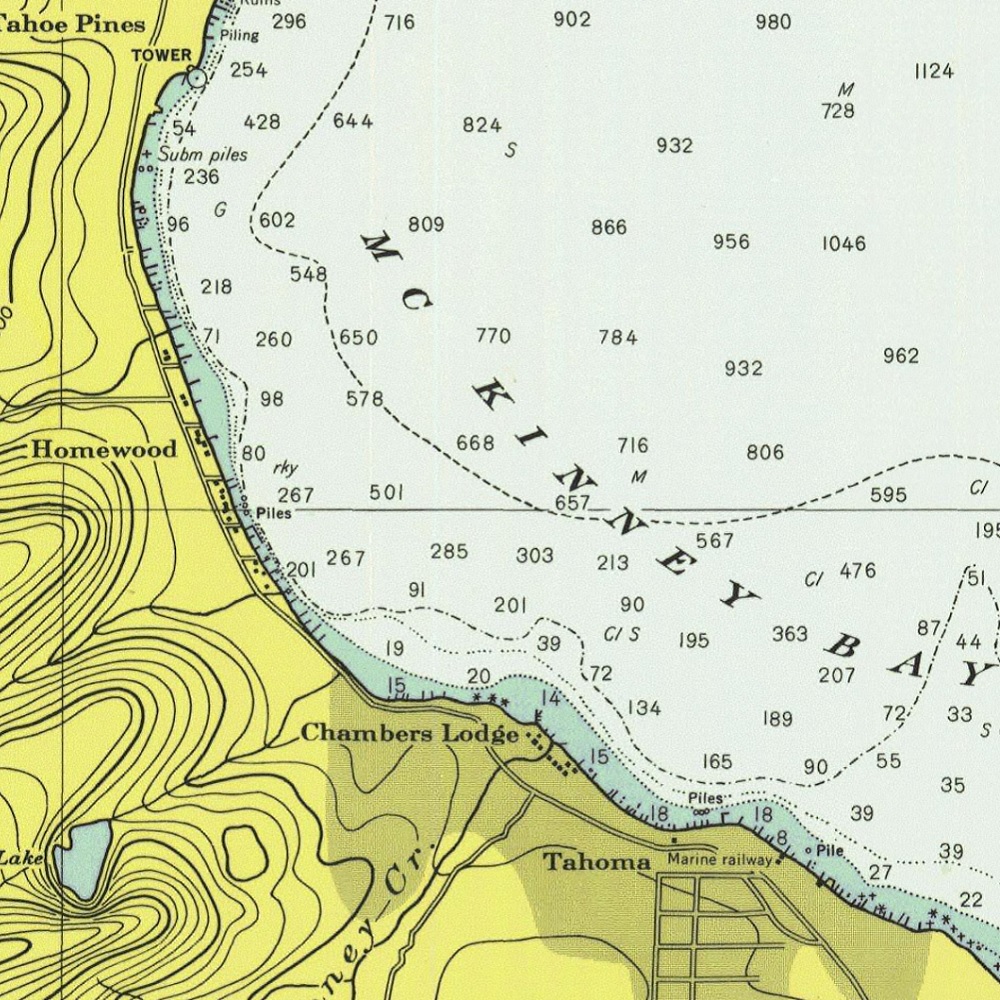 You're looking for street parking just south of the HOA beach.